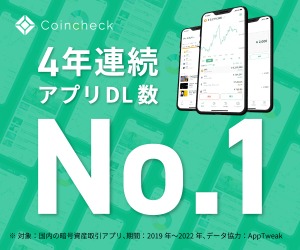 ATARASHI GAKKO! (meaning “New School Leaders” in Japanese) is the J-pop group formed in 2015, and made their world debut in 2021 from the label 88rising.

The members are, MIZYU, SUZUKA, KANON and RIN, all dressed up in “kawaii” (or cute) Japanese high school uniforms.

The group concept is to be unique, free from norms and stereotypes, and to embrace individuality.

In this article, you’ll get to know:

To begin with, let’s introduce you the members of ATARASHII GAKKO!

The four members of ATARASGUU GAKKO! are MIZYU, SUZUKA, KANON and RIN,

Their birth dates and ages are as follows:

The popularity ranking of ATARASHII GAKKO! is SUZUKA being the most popular, followed by KANON, MIZYU, and RIN.

Now, let’s have a look at members unique profile, starting from SUZUKA!

SUZUKA is the main vocalist

SUZUKA is the main vocalist of ATARASHII GAKKO!

She loves Japanese 1980s songs, such as the one of Japanese most popular artist of the time, Akina Nakamori”s “DESIRE”.

Bobbed hair and glasses are her icon

SUZUKA is known for having bobbed hair and round frame glasses.

This is a very traditional Japanese high school girls’ fashion style, way back in the past.

KANON is known for her Jazz dance and for ger flexible body movements.

Her dance style is opposite to that of RIN, who is a professional at Hip Hop dance.

KANON is talented at calligraphy

KANON is also well known for her Japanese calligraphy skills.

Her calligraphies are used on stage during live performances, and she also posts her work on her instagram.

MIZYU was a back dancer of KYARY PAMYU PAMYU

KYARY PAMYU PAMYU is one of the most famous Japanese kawaii singers in the world, and MIZYU was one of her back dancers when she was in junior school.

RIN was ex-model of Dance magazine

RIN used to be an official model of a dance magazine in Japan, called “DANSTREET”.

Here are her photos from the magazine. She was 14 when these photos were taken.

RIN’s dancing skills are the best amongst the group

RIN is famous for her amazing dancing skills, and is said to be the best amongst the team.

She has started taking her dancing class when she has 4, and has won more than 10 titles in dancing competitions since 2011.

Here are the lists of just some dance competition that RIN won a prize. Although, these competitions were held in Japan, so you might not be familiar with…

RIN’s father was a big influence

RIN’s father had a big influence on her, leading her to pursue a career as an amazing hip hop dancer.

By the age of 4, she was a girl who would start dancing anywhere if there is a music.

This was the age when she started taking professional dancing lessons.

Let’s have a look at their personality traits in detail!

SUZUKA’s personality is Wild and Creative

According to the other members, SUZUKA’s personality is wild and creative, and that her actions are just 100% unpredictable.

If SUZUKA is compared with an animal, the members answered, she is like a monkey or an unknown new species.

KANON’s personality is graceful and peaceful

KANON is the most graceful and peaceful of all amongst the other group members.

Although, she tends to be too strict on herself.

She is also cute, and have great understandings for the members and they all appreciate it.

If KANON is compared with an animal, the members answered, she is like a camel or a cute animal with big eyes.

MIZYU is the most mysterious one

MIZYU is the princess in the group, but is also the most mysterious amongst the ATARASHII GAKKO!.

She loves freedom, and can always think outside the box, especially when it comes to creating their own performances.

Her icon is twin-tails, and she always propels them during performances.

She says the movements of her twin tails are also part of the dance and that it adds uniqueness to their performances.

If MIZYU is compared with an animal, the members answered, she is like a cat.

RIN is a Natural Worrier and Fashionable

Despite her Hip Hop fashion style, she comes up to be the natural worrier of the group. She is always worried and tries to maintain peace.

She is also fashionable, and likes to play around with clothes and hair styles. She has her own style.

If RIN is compared with an animal, the members answered, she is like a squirrel or snake.

What makes ATARASHII GAKKO! so unique?

Their group concepts are:

Also, what makes their performances original, is that

The group creates their own dance performance

What is unique about ATARASHII GAKKO! is that, unlike many other dancing groups, they create their own dance performances.

How do they achieve that?

Well, first of all, they listen to their new music, and each member will come up with few themes for dance, that goes along well with the music.

Than, they try out each movements and narrow down the themes, until they are satisfied that they have come up with something fun and unique.

According to KANON, “the members always work together on the dance and performance ideas”

Here are some youtube videos, that features their performances!